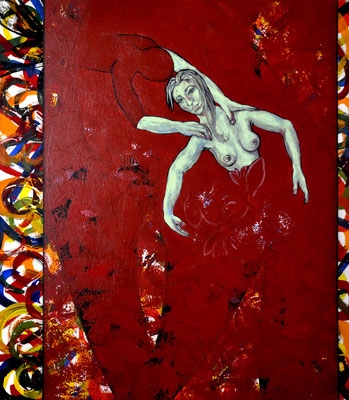 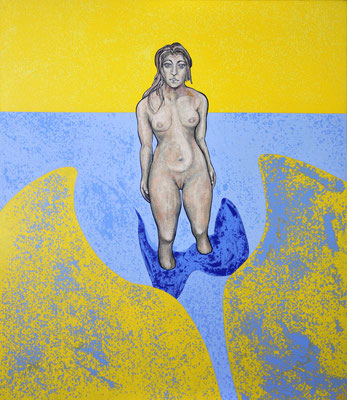 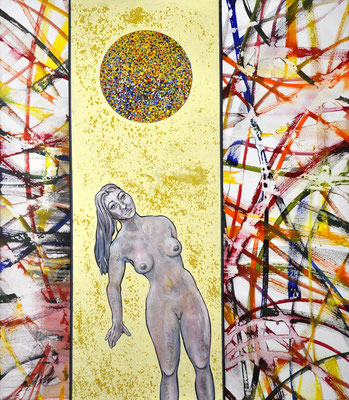 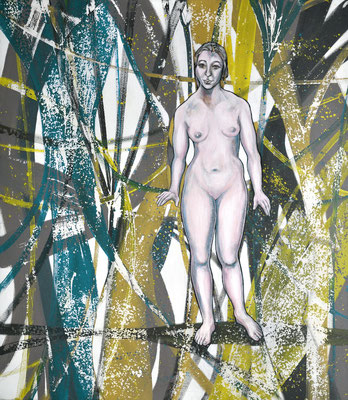 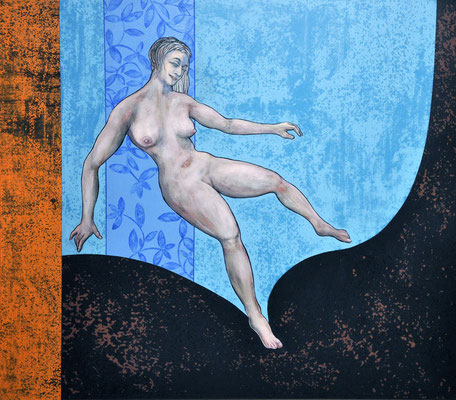 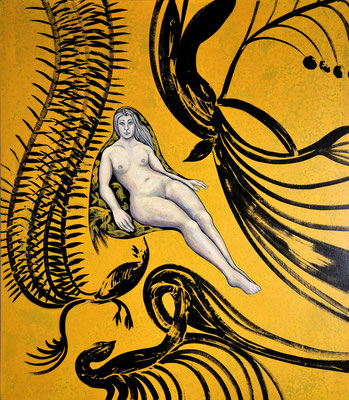 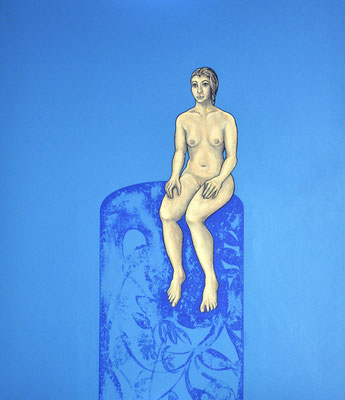 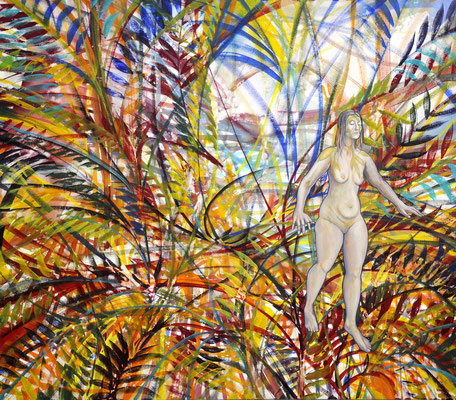 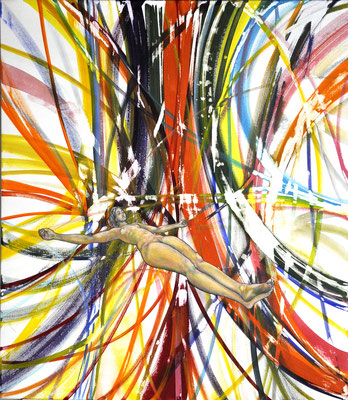 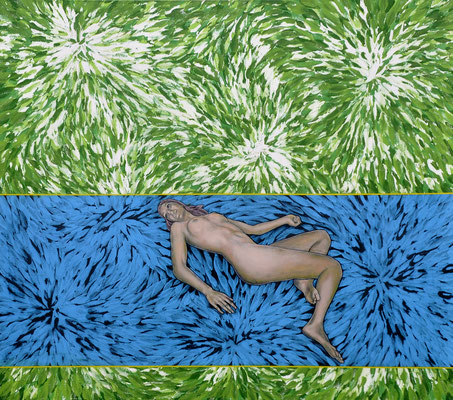 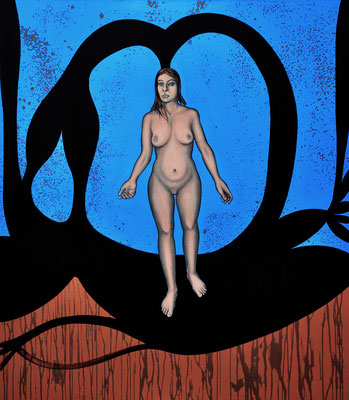 Artists have been painting, drawing, sculpting and otherwise depicting Venus/Aphrodite for a couple thousand years now. There is, for instance, the Aphrodite of Knidos (roughly 4th century BCE) and, of course, the Venus de Milo (sometime in the 2nd century BCE). In painting, just to pick out a couple of legendary examples, there is Titian’s Venus of Urbino (1534) and Botticelli’s late 15th century Birth of Venus. One could go on and on. Which I won’t. Suffice it to say that the desire to depict Venus/Aphrodite has led to the creation of some of the most beloved and influential works of art that exist. Full stop.

This has led, in recent decades, to a criticism of the whole tradition of depicting Venus/Aphrodite, especially in the guise of the reclining nude, the odalisque, as it were, the unclothed or partially clothed woman lounging in some harem or other waiting to be devoured by the male gaze.

Hartwig Thaler’s recent series of ten paintings of Venus (acrylic on canvas) feel like an attempt to reclaim the tradition without all the hubbub. That’s to say, the paintings are frank, naturalistic even in their depiction of the female nude. Venus, in the hands of Thaler, is neither an oversexualized symbol of carnality nor an idealization of female passivity. She’s just a person. A woman wandering through one canvas after another. Here she is gazing up at us as she stands in the sea in Meer und Himmel Venus. Or wandering lost through the bushes in Venus bei Sommerweizenwind. Or trapped in her own daydream (or is it ours?) in Tagträumende Venus.

In several paintings, like Venus-Blüte and Sternbild Venus, we discover our goddess as a figure who simply finds herself somehow present on the flat surface of a work of design. What is she doing there? It’s a fair question. The answer is simply that she is there because she can be there. She wants to be there. Thaler wants her to be there. And that is the freedom of art, which has always been a game, an artifice, a creation of images that operate according to rules constructed from within.

Venus is thus, for Thaler, the very power and freedom of art itself. There has always been mystery at the heart of this power and freedom. Where does it come from, exactly? How does it work? These are questions for which we have no satisfying answers and, if we are wise, cease to seek them. Instead we can take for granted that works of art, especially good ones, are always compelling. They compel us to look. They draw us in. They are filled with a nameless desire, as are we. This kind of desire is so deep, so unquenchable, so inchoate as to be impossible to name. But you could give it the name Venus if you liked.

In Thaler’s Lachende Venus, we see Venus laughing and playing within the curves and undulations of the background of the painting itself. She seems to know that she is in a painting and she seems to delight in the fact. And Lachende Venus is a lovely painting, with its strip of burnished copper and the section of light blue, wonderfully mottled and looking as if it could have been lifted from the wall of an old house on the hillside of village somewhere in the mediterranean, or the caribbean, or is it West Africa? Thaler is showing off here, and it works. He knows that all we really need is line and color and tint and hue and contrast and suddenly the magic of art makes its appearance. Where there is art, Venus will come as she has always come. She cannot stay away. And neither can we.